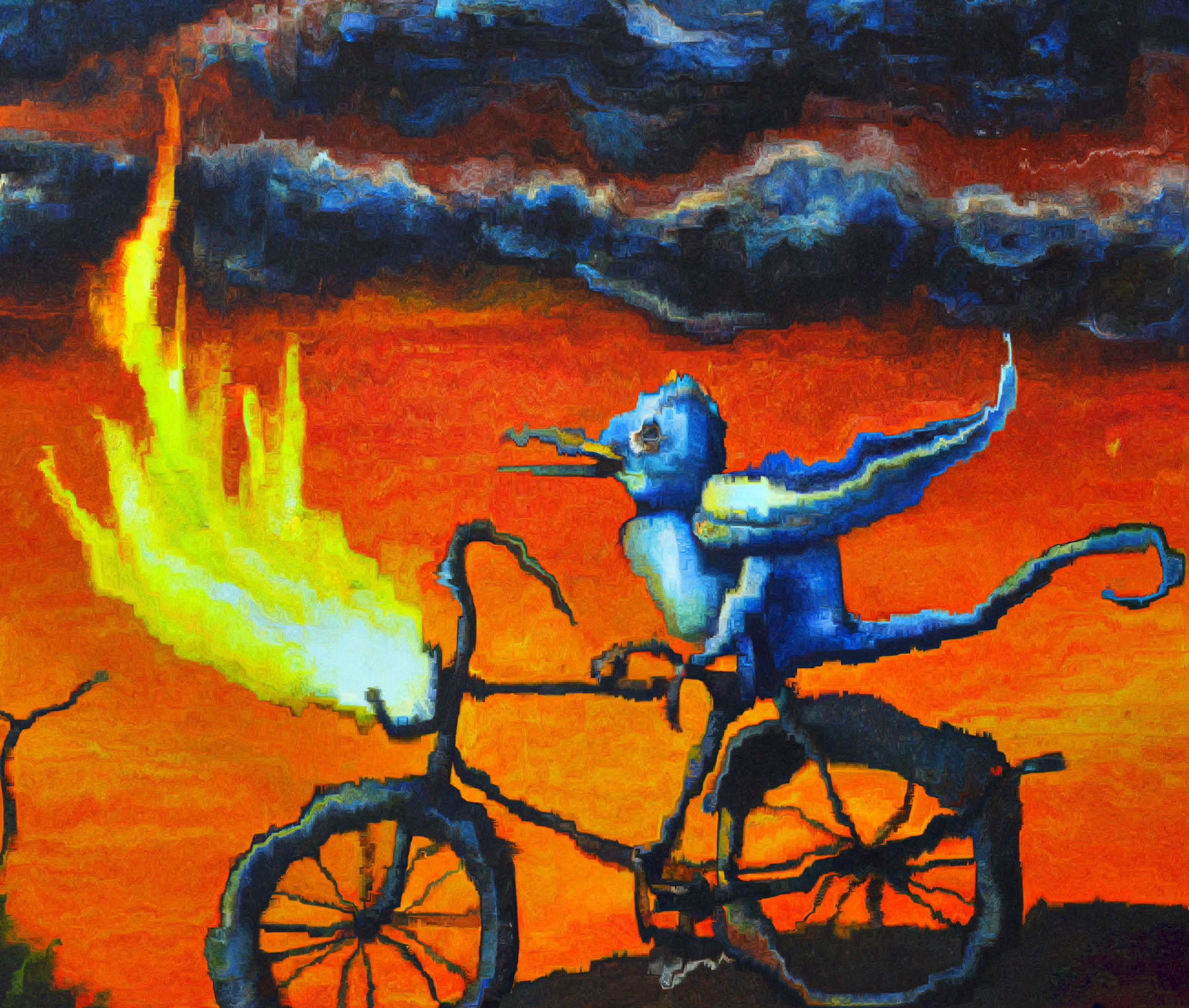 In 2010, I started a Twitter account. I was the only one in my group of friends who tried it, and it was the first time I used social media for “professional” reasons.

Of all the platforms I’ve used, Twitter was the most fruitful for my professional growth. It’s where the writers and bloggers hung out and shared their work. It’s where I found interesting quotes. It’s where I met like-minds. Following interesting people and companies allowed me to look into their worlds through a peephole.

Every time I moved on from a job, I would make the “personal news” announcement that many are now familiar with (and many have taken to extremes). And every time, it would yield more retweets and likes than anything I had tweeted before. The next day, I would wake up to a dozen emails from various recruiters or companies. Nothing—not even LinkedIn—yielded that kind of connection.

It’s safe to say that I landed my last two jobs because of Twitter. And every time I had a project to share, it was generously retweeted by dozens of people, sending hundreds, if not thousands, of people to the project. As the inside joke goes, “And this app is free?”

But these days, I don’t struggle to find work. I don’t use it for writing anymore. I weaned off of Twitter during the Trump days. Got hooked again during the pandemic because everyone thought the world was going to implode at any second. And for the last three years, Twitter has felt like an unreachable itch in my brain. The itch turns into a burn and the burn starts making crackling noises and the black smoke has nowhere to go. It got worse when I used it for crypto, NFTs, finance, and macroeconomics. Also at this period in my life, I lacked purpose. My job wasn’t my identity anymore. I stopped working on side projects. The only thing that kept me engaged was Twitter.

“I’m almost 60, and in these many decades I’ve seen people—some of them good friends—taken down by all kinds of things. Alcohol and drugs, mostly. A few years ago, I lost someone to heroin, and hundreds of us sat at his funeral in wordless communion. I know a couple of people who couldn’t shake gambling, and many plagued by food and sex and all the other great distractions. But in all these years—almost 60!—I haven’t had trouble with any of those things. Until now. You know what finally took me down? Fucking Twitter.
[…]
I know I’m an addict because Twitter hacked itself so deep into my circuitry that it interrupted the very formation of my thoughts.
[…]
Twitter is a parasite that burrows deep into your brain, training you to respond to the constant social feedback of likes and retweets. That takes only a week or two. Human psychology is pathetically simple to manipulate. Once you’re hooked, the parasite becomes your master, and it changes the way you think. Even now, I’m dopesick, dying to go back.
[...]
Twitter did something that I would not have thought possible: It stole reading from me. What is it stealing from you?”

What responsible adult could read that and mindlessly go back to scrolling?

I recently asked my partner to reset my password and not tell me what it was. Deactivate the account for 30 days. Set a calendar reminder. If it goes even a day over, the account is gone forever.

If it disappears, what am I losing? It’s not like I have an engaged audience. I don’t make money off Twitter. And if I share something I wrote, it gets fewer than five clicks.

The important question is: What am I taking back?

There is a scene in the Netflix show “House of Cards” where actor Michael Kelly, playing Doug Stamper, says something profound in one of his AA meetings. In no way am I comparing myself to anyone battling alcoholism. But frankly, Twitterism is a major problem. And what he said stuck with me so much that I had to write it down.

He said in the scene:

"I'm Doug and I'm an alcoholic. One of the things I do for a living is count. I count votes—yay's, nay's, neutral, abstaining—and I'm good at it. But the most important count I do has nothing to do with work. It’s the number of days since April 4, 1999. As of this morning, that is 5,185. The bigger that number gets the more it frightens me. Because I know that all it takes is one drink to go back to zero. Most people see fear as a weakness; it can be. Sometimes for my job I have to put fear into other people. I know that's not right, but if I'm honest, like the fourth step asks us to be, I have to be ruthless, because failure is not an option. The same goes for my sobriety. I have to be ruthless with myself. I have to use my fear. It makes me stronger. Like everyone in this room I can't control who I am. But I can control the zero … Fuck the zero.”

There are a lot of people in my generation wasting their talent by playing pretend status games with strangers on the internet.

Many times over the years, I’ve joked about quitting Twitter, but it’s no longer a joke. Like Caitlin or Doug or anyone trying to live a more calm and focused life, recent moments of journaling and self-awareness forced me to admit that this might be the end of Twitter for me. I am unhappy. I get angry randomly. I see the world as a shitshow with incompetent politicians, bad company leaders, sheep, trolls, MAGA tribe, Woke tribe, and all of the photos and videos that make me believe less in our shared humanity. I don’t want to live—or see the world—like this.

To be very real, I also fell into the trap of believing that I was adding something useful every time I tweeted. But rather than being resourceful like I used to be—sharing interesting articles, projects, and quotes from books—I was criticizing the latest events in politics, people, and companies. I would cheer at a tweet that called out bad behaviors, bad leaders, and bad companies.

I am comfortable with chaos. I revel in it. I welcome it. I think my comfort comes from years of being in a survival mentality mixed with a dash of capitalism and hustle culture. (Also, every Korean I've met feels this. I assume it's true for many first-generation and children of immigrants.)

For as long as I can remember, my life has always been in some state of chaos. The notion that I was constantly pushing against something that felt larger than me—like credit card debt or being on a career treadmill or going on 10 bad dates in hopes the next one would be the one—motivated me. We all know the definition of insanity.

At the end of 2021, one of my biggest looming stresses was solved. I paid off 90% of my debt in one shot after all my freelance clients paid up before the year closed. It was a feeling better than eight hours of sleep, better than seeing the city skyline disappear in the airplane window, better than a surprise cash bonus.

At that time, it was the most burnt-out I had ever felt. Paying off debt—also leaving toxic work behind—felt like 20 lbs of pressure fell off of my shoulders. Month after month, with endless journaling, I had what I called post-burnout clarity. Because for the first time in a long time, I had thoughts that weren’t about survival or financial stress. My journal entries started to sound different. I was able to think about the future again. Hopes and dreams.

Twitter, I realized, is a stationary bicycle to self-generate chaos. It is a buffet of madness. It is a marketplace for anyone who wants a desire for any desire—and most of the time what you’ll get is anger, outrage, and stupidity. No one leaves Twitter feeling better. But what’s sickening is how hooked we can get.

What I learned from my burnout—and trying to reorganize my life—made me face the reality that being comfortable in chaos can be an excuse. It can be a form of trauma response. It is easy to find identity in trauma and pain, to make that the background music of your life. When we crave chaos, and life is actually good, oddly we want things to be bad again. It’s a vicious cycle. It’s a profound realization.

The worlds of crypto, NFTs, tech, design, macroeconomics, publishing, #trending, politics, and media were firehoses blasting me in the face, multiple times throughout the day as I scrolled. Those industries, as of late, are chock full of chaos. Observing them day after day is better than trash television. The behavior is the same: you sit there with your judgments, feeling superior, shaking your head at the world. Twitter displays the absolute worst of human nature. If Darwin were alive, he would commit his life to study the behaviors.

I would rationalize my use of Twitter. I would make claims it was about research, news, staying in touch with friends, keeping an ear to the ground in my industry, or hearing about the latest trends or interesting ideas. All bullshit. The addict is good at one thing and it is rationalization.

No matter how much I pruned my feed, muted keywords, blocked trolls, or set time limits, these boundaries were as resilient as wet napkins. My brain was hijacked. My personal algorithm was irreversible.

So, what am I taking back? Reading books. Living for meaningful goals. In-person friendships and community. Growing as an artist. Side projects. My attention and focus. Time with my love, my brother, and my family. Feeling more optimistic about the world. Finding the good in others. Being useful.